Saints Perpetua and Felicity are one of the few saints from early days of Christianity about whom we do not only have eye-witness accounts, but also their own words. This is a moving story about two heroic mothers, about friendship in Christ that transcends classes of society, about loyalty and sacrifice.

The Passion of Saints Perpetua and Felicity  is a diary by Vibia Perpetua describing her imprisonment as a Christian in 203, completed after her death by a redactor. It is one of the oldest and most notable early Christian texts.

Along with the experiences of Perpetua and Felicity, the text also appears to contain, in his own words, the accounts of the visions of Saturus, another Christian martyred with Perpetua. An editor who states he was an eyewitness has added accounts of the martyrs' suffering and deaths. It survives in both Latin and Greek forms. 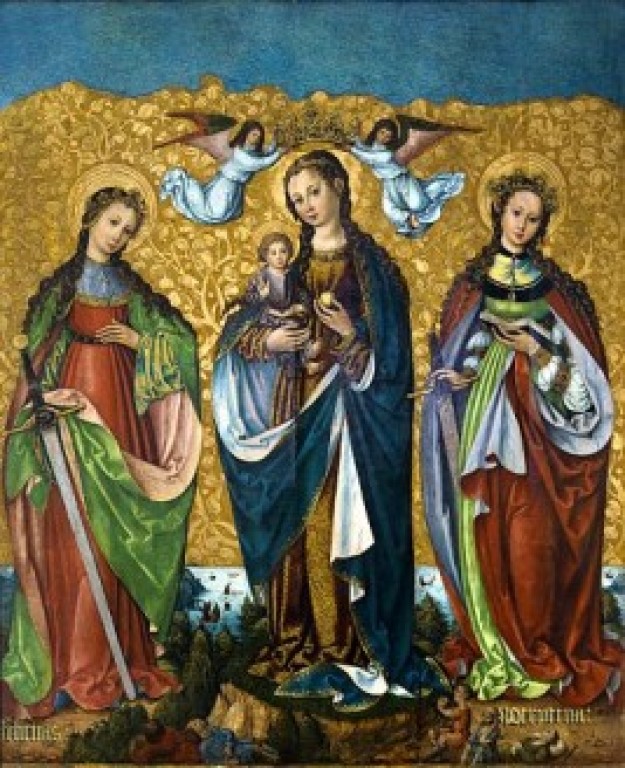 So writes Perpetua: young, beautiful, well-educated, a noblewoman of Carthage in North Africa, mother of an infant son and chronicler of the persecution of the Christians by Emperor Septimius Severus. At that time Perpetua was a catechumen, studying to become a Christian.

Perpetua’s mother was a Christian and her father a pagan. He continually pleaded with his daughter to deny her faith. She refused and was imprisoned at 22,

Perpetua was arrested along with four other catechumens, including Felicity, her slave woman, who was about to give birth to a child. All were tried and sentenced to be thrown to the wild beasts in the amphitheater during a national holiday. Their deaths would be scheduled along with sports events and various games.

In her diary, Perpetua describes her period of captivity: “What a day of horror! Terrible heat, owing to the crowds! Rough treatment by the soldiers! To crown all, I was tormented with anxiety for my baby…. Such anxieties I suffered for many days, but I obtained leave for my baby to remain in the prison with me, and being relieved of my trouble and anxiety for him, I at once recovered my health, and my prison became a palace to me and I would rather have been there than anywhere else.” She gave charge of her child to her mother and brother. 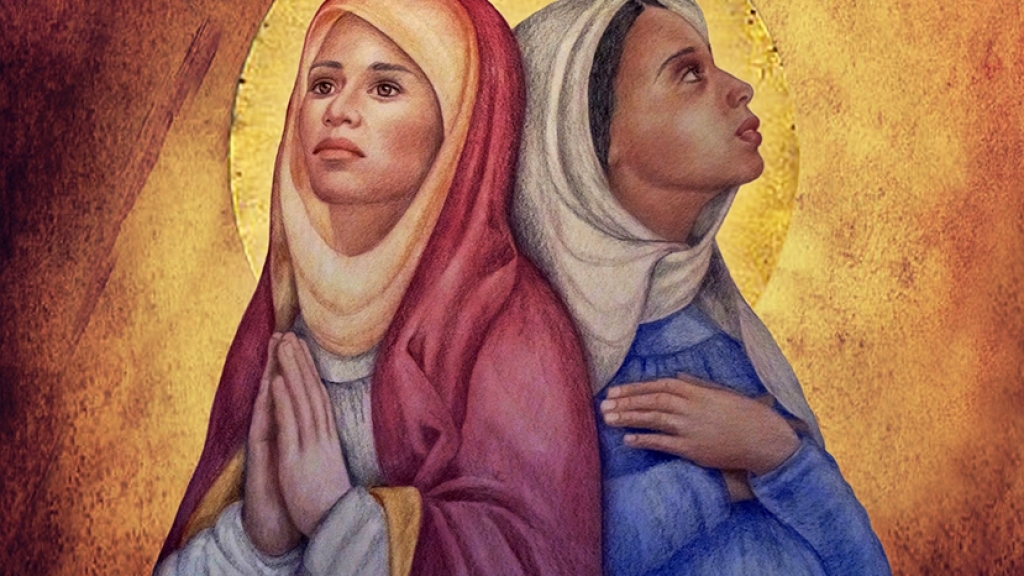 Despite threats of persecution and death, Perpetua, Felicity and three companions, Revocatus, Secundulus and Saturninus, refused to renounce their Christian faith. For their unwillingness, all were sent to the public games in the amphitheater. There Perpetua and Felicity were beheaded, and the others killed by beasts.

Felicity gave birth to a girl a few days before the games commenced.

Perpetua’s record of her trial and imprisonment ends the day before the games. “Of what was done in the games themselves, let him write who will.” The diary was finished by an eyewitness.

On the day of their execution, the martyrs left their prison “joyfully as though they were on their way to heaven” and entered the arena, where they were killed before the cheering crowd.