Main account of his life comes from Pope Gregory's book called Dialogues, but this text does not go into the details of biography and instead, according to the hagiographic tradition, concentrates on the spiritual aspects of the Saint.

He was born in a noble Italian family, in a year 480. Tradition tells us that he had a twin sister Scholastica, also a saint  He went to Rome to study, but as a young man was deeply disappointed with life in Rome. He found it unchristian and corrupt. He therefore left Rome and his studies to look for a life of spiritual peace. On his way he met a hermit, Romanus of Subiaco, whose monastery was on the mountain above the cliff overhanging the cave. Romanus had discussed with Benedict the purpose which had brought him to Subiaco, and had given him the monk's habit. By his advice Benedict became a hermit and for three years, unknown to men, lived in this cave above the lake. 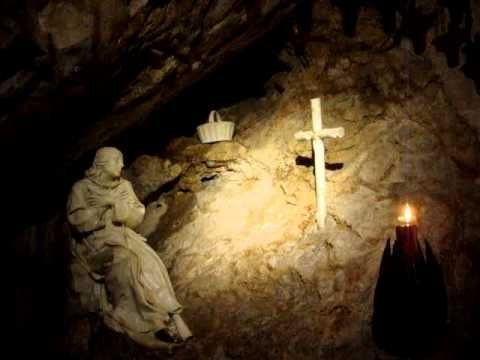 During these three years, with the help and direction from Romanus, he grew more mature, understanding himself and other people. He also became so respected around, that the neighboring monastery asked him to become their abbot. However, that did not go very well. The monks tried to poison him, but, being a saint, he discerned their intentions. After several attempts, Benedict left that monastery. Eventually, he went on to start 12 monasteries in the area. He is most known for his Rule of Saint Benedict. It can be summarized in call to peace and motto - ora et labora - pray and work. It is not the first monastic rule, but it is very popular because it found a golden middle between individualism and institutionalism. He seemed to be concerned with due order, good community environment, and proving a spiritual father and necessary support for the monks. 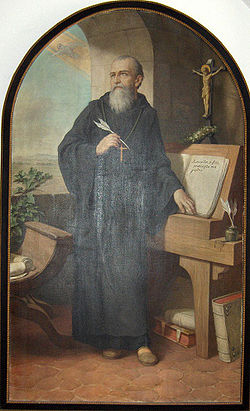 Pope Gregory's narrative presents us attentive, wise father, who reprimands his subordinates kindly. He is aware of the secret thoughts and secret sins, but he doesn't cease to love them. This knowledge does not make him cynical, but provokes him to work  even more for sanctification of his and other souls. Let us look at one short story recounted in the Dialogues:

Chapter Twenty: how holy Benedict knew the proud thought of one of his Monks

Upon a time, whiles the venerable Father was at supper, one of his monks, who was the son of a great man, held the candle: and as he was standing there, and the other at his meat, he began to entertain a proud cogitation in his mind, and to speak thus within himself: " Who is he, that I thus wait upon at supper, and hold him the candle? and who am I, that I should do him any such service?" Upon which thought straightways the holy man turned himself, and with severe reprehension spake thus unto him: "Sign your heart, brother, for what is it that you say? Sign your heart": and forthwith he called another of the monks, and bad him take the candle out of his hands, and commanded him to give over his waiting, and to repose himself: who being demanded of the monks, what it was that he thought, told them, how inwardly he swelled with pride, and what he spake against the man of God, secretly in his own heart. Then they all saw very well that nothing could be hidden from venerable Benedict, seeing the very sound of men's inward thoughts came unto his ears.

It impresses me that the reaction of Saint Benedict was not a fiery sermon against pride or vanity of noble birth, but simply a command to repose. Deep understanding of human nature, so characteristic of Saint Benedict, helped him to treat the monk with kindness. Let us learn from Saint Benedict, when the dark side of human soul is revealed for us. Let us be those who heal, not those who condemn.