On July 3rd the Church remembers Saint Thomas - one of the twelve apostles. While synoptic gospels just mention his name with the other ones, the Gospel according to John gives us more information about his personality. There are three times he is specifically mentioned. First time, when Jesus told the apostles that he would like to see Lazarus, which was dangerous:

Therefore Thomas, who is called [c]Didymus, said to his fellow disciples, “Let us also go, so that we may die with Him.”  (John 11:16)

Second is before the Last Supper, when Jesus is predicting his death:

Thomas said to Him, “Lord, we do not know where You are going, how do we know the way?”

Third time is the most known. This third episode is what gave Thomas a nickname of Doubting:

So when it was evening on that day, the first day of the week, and when the doors were shut where the disciples were, for fear of the Jews, Jesus came and stood in their midst and *said to them, “[b]Peace be with you.” 20 And when He had said this, He showed them both His hands and His side. The disciples then rejoiced when they saw the Lord. 21 So Jesus said to them again, “Peace be with you; as the Father has sent Me, I also send you.” 22 And when He had said this, He breathed on them and *said to them, “Receive the Holy Spirit. 23 If you forgive the sins of any, their sins [c]have been forgiven them; if you retain the sins of any, they have been retained.”

26 [e]After eight days His disciples were again inside, and Thomas with them. Jesus *came, the doors having been [f]shut, and stood in their midst and said, “Peace be with you.” 27 Then He *said to Thomas, “Reach here with your finger, and see My hands; and reach here your hand and put it into My side; and do not be unbelieving, but believing.” 28 Thomas answered and said to Him, “My Lord and my God!” 29 Jesus *said to him, “Because you have seen Me, have you believed? Blessed are they who did not see, and yet believed.” 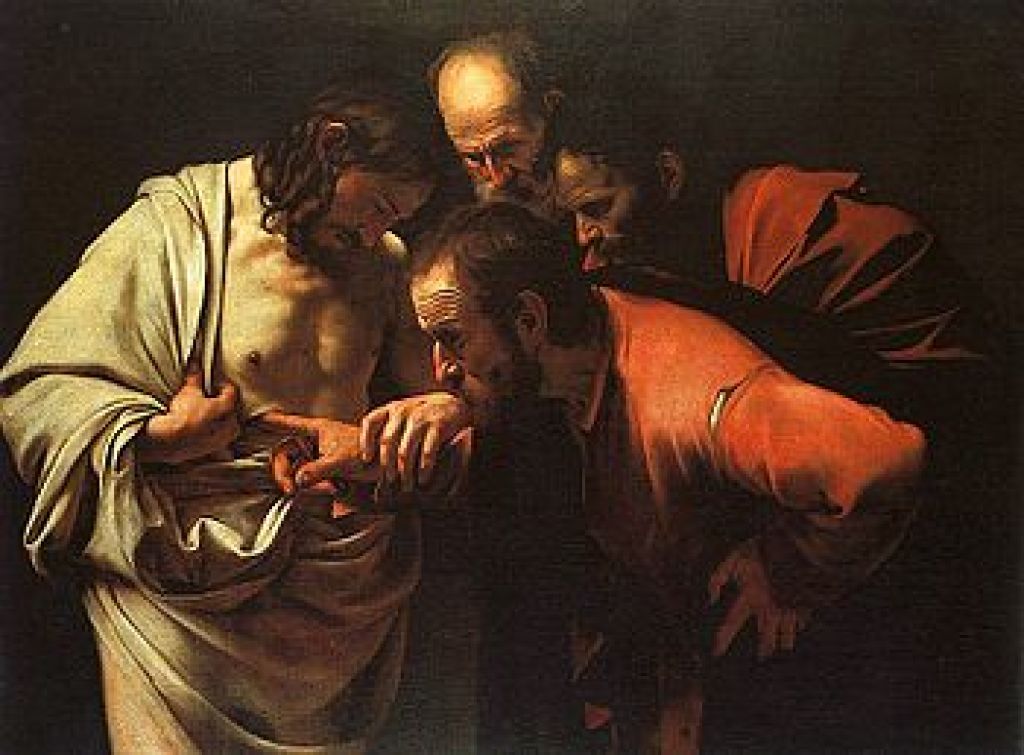 According to the tradition, after the Pentecost he was sent to Parthians, Medes and Persians. Some believe that he even reached India. While there are doubts about the historicity of that claim, the Malabar coast of India still boasts a large native Christian population, that call themselves "Christians of St. Thomas".