We are Called to Be Active and Visible Evangelizers

Today the Church celebrates the feast of Saint Mark the Evangelist, cousin of Barnabas and an associate of Saints: Paul and Peter in Rome. In today’s First Reading (1Peter 5:5-14) Saint Peter’s mention of Mark testifies that both were together in “Babylon”, a code name for Rome, used by the early Christians during the Roman persecution of Christians.

Christian Tradition ascribes Saint Mark Evangelist as the author of the earliest and shortest of the Four Gospels, written prior to the fall of Jerusalem in AD 70. 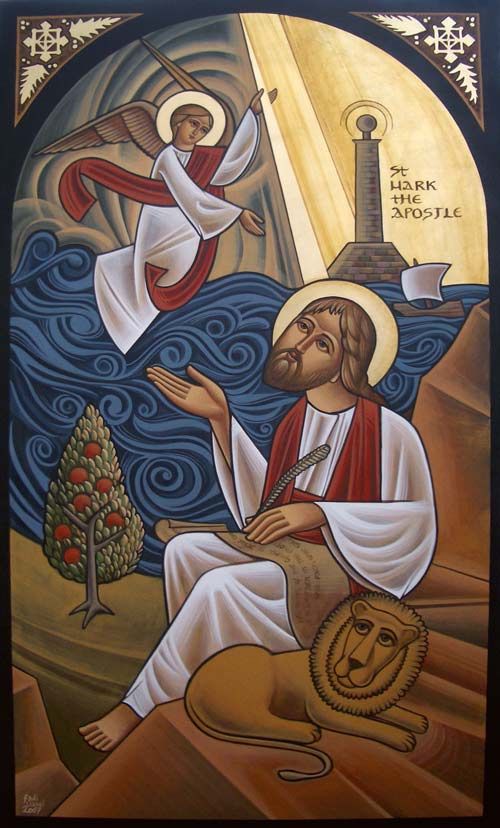 We honor Saint Mark because he lived his call of spreading the Gospel faithfully, joyfully and diligently. He was a visible person in the early Church and played a vital role in its growth. He actively carried out Jesus’ command, stated in today’s Gospel (Mark 16:15-20), saying: “Go into the whole world and proclaim the Gospel to every creature. Whoever believes and is baptized will be saved; whoever does not believe will be condemned.”

May the dedication of Saint Mark inspire us to play an active and visible role in the spreading of the Gospel by the example of our own lives. AMEN.

Peace be with you!