Gospel According to Mark. Day 1.

The Proclamation of John the Baptist

1 The beginning of the gospel of Jesus Christ, the Son of God. 2 As it is written in Isaiah the prophet, “Behold, I send my messenger before thy face, who shall prepare thy way; 3 the voice of one crying in the wilderness: Prepare the way of the Lord,make his paths straight—”4 John the baptizer appeared in the wilderness, preaching a baptism of repentance for the forgiveness of sins. 5 And there went out to him all the country of Judea, and all the people of Jerusalem; and they were baptized by him in the river Jordan, confessing their sins. 6 Now John was clothed with camel’s hair, and had a leather girdle around his waist, and ate locusts and wild honey. 7 And he preached, saying, “After me comes he who is mightier than I, the thong of whose sandals I am not worthy to stoop down and untie. 8 I have baptized you with water; but he will baptize you with the Holy Spirit.” 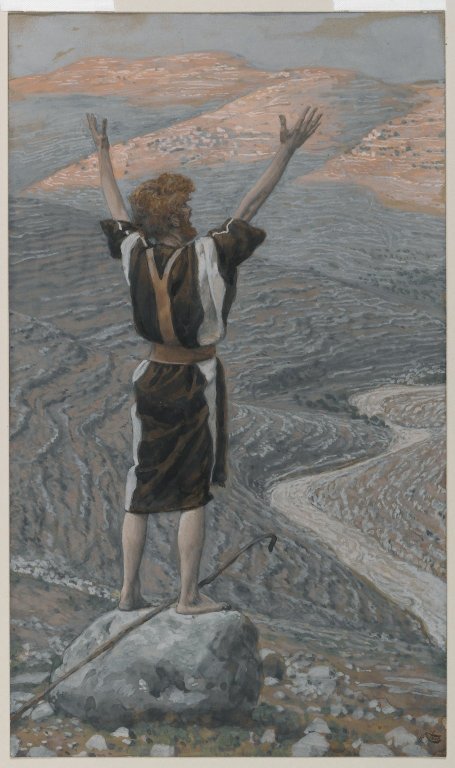 The Voice in the Desert (La voix dans le désert) - James Tissot. Painted between between 1886 and 1894; Located in Brooklyn Museum in New

1. Christ is a Greek translation of Hebrew word  "Messiah". It means 'the anointed one' and originally was used to refer to the Kings, especially of the line of David. Jesus, as we know, is of the line of David. But he is, as we learn, not just a messiah, he is the Messiah - not just another temporary King, but the King that is to rule forever. If you are interested, you can learn more here.

3.  John is similar to Old Testament prophet Elijah. This connection is evident in other gospel,  Luke 1, in which his birth is announced: "And he will turn many of the sons of Israel to the Lord their God, 17 and he will go before him in the spirit and power of Elijah, to turn the hearts of the fathers to the children, and the disobedient to the wisdom of the just, to make ready for the Lord a people prepared.” (Luke 1:16–17)

In fact, John the Baptist is described as essentially wearing the costume of the Old Testament prophet:

“Now John was clothed with camel’s hair, and had a leather girdle around his waist.” (Mark 1:6)
In 1 Kings we discover, “[Elijah] wore a garment of haircloth, with a girdle of leather about his loins” (2 Kgs 1:8). This is important, because at the time of Jesus people believed Elijah will come before Messiah.

4. Isaiah 40:3 "A voice is calling, 'Clear the way for the Lord in the wilderness; make smooth in the desert a highway for our God." This is part of the prophecy that promises salvation.

How do I prepare my soul for the Lord?

How often do I confess my sins?

Do I teach myself to repent for things that I do wrong as well as those that I fail to do right?

Would I be ready to follow John in refusing the comfort of our lives if that`s what God wants us to do? 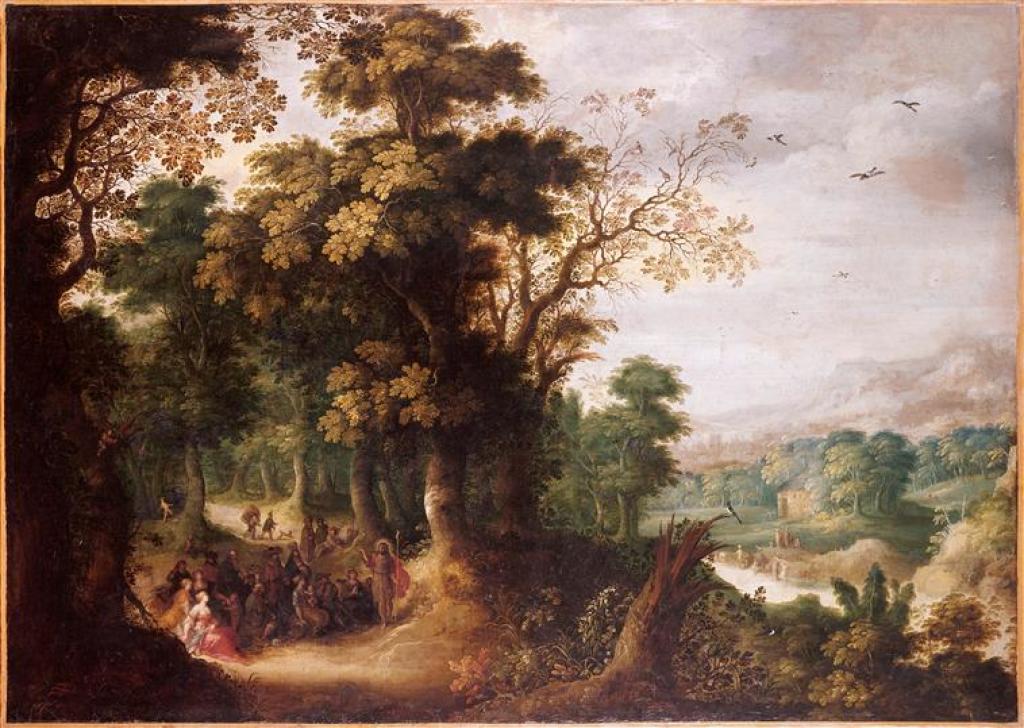