Gospel According to Mark. Day 3

16 And passing along by the Sea of Galilee, he saw Simon and Andrew the brother of Simon casting a net in the sea; for they were fishermen. 17 And Jesus said to them, “Follow me and I will make you become fishers of men.” 18 And immediately they left their nets and followed him. 19 And going on a little farther, he saw James the son of Zeb′edee and John his brother, who were in their boat mending the nets. 20 And immediately he called them; and they left their father Zeb′edee in the boat with the hired servants, and followed him. 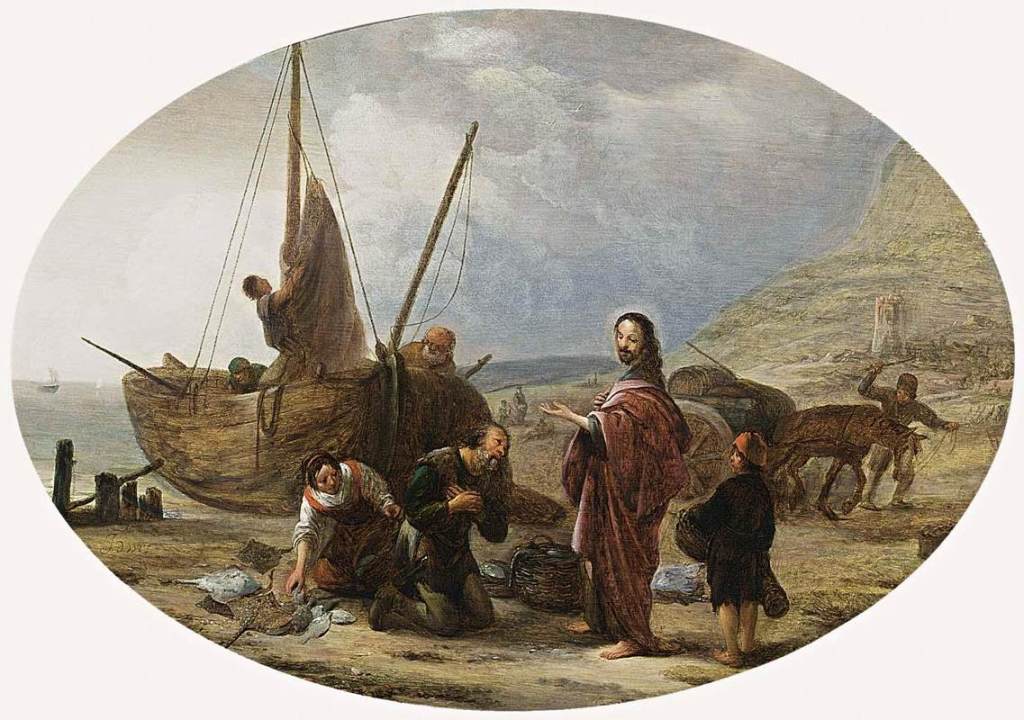 Meditation: Today I imagine myself standing on the shore of the lake, just like the first apostles. Will I be brave enough to follow his call? I might not quite know yet what God wants from me, but I trust Him! I am ready to start an amazing adventure of being a disciple of Jesus.